So Hemingway’s the latest of these web-based language analyzers to come on the scene, claiming to provide easy identification of stylistic weaknesses in prose. Here are a few hints: If it marks down entire parts of speech, like Hemingway does adverbs, it’s probably useless. If on top of that it misidentifies words like frilly, lively, and lovely as adverbs based on their suffixes, it’s definitely useless. If it thinks teh (sic) repeated 31 times is good prose… well, you can figure that one out for yourself.

I suppose I shouldn’t expect much from a webapp that frequently advises you to use “0 or fewer” adverbs, though.

So Tumblr added @-mentions not too long ago.

Here’s what you type into the WYSIWYG editor:

It gets displayed as:

If you switch to HTML mode, the markup looks like (without newlines):

Unless you save the post first, in which case you get:

If you try to use an @-mention in plain text or Markdown mode, meanwhile, the resulting markup is:

Notice anything missing? To get a proper link, you actually have to use (again, sans newlines):

But be careful when you try to quote that markup in your post, because if you don’t escape it somehow, it’ll get transformed into:

Even in the middle of an indented Markdown code block.

Seriously, get it together, guys. 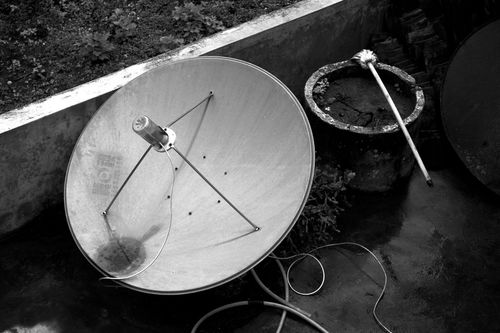 When I went back to Landry the next day, the smell of charred electronics was still lingering in the air. I’d nicked the air freshener that had been sitting on the counter of my hotel bathroom in the hopes of masking the odor, but even with the station’s interior ventilation on full blast, nothing really helped. Lacking for better options, I found myself leaning over and sticking my nose into the fragrance cartridge every so often as I pored through Landry’s logs and computer code on one of its sleek, glossy terminals.

The damage had been minimal this time, thankfully, limited to one network switch that was simply swapped out for a spare. Sabina was positively beaming at the small scope of the trouble. “Maybe things are starting to look up,” she said as she passed by my workstation. “Nothing blew up this time, right? Does this count as threat mitigation?”

“It counts if you’re willing to take the credit for it,” I said, not bothering to take my eyes away from the screen.

“Oh, perfect. I can submit this for my next performance review.”

“You guys have performance reviews?” I scrunched my face in distaste, not at Sabina’s response but at a particularly inscrutable line of diagnostic output.

“We do now that I have something to brag about,” Sabina said, with a chuckle.

“You’re the one who volunteered for it.”

“I’m beginning to regret doing that,” I said sullenly. “Spending all my time up at Sudalis doing nothing made me forget just how much of a pain debugging is. It’s not worth it, I’m telling you.”

“Not even for the bonus?”

“Not unless that bonus is…” I flicked my eye to the clock in the corner of the monitor. “Four hours of my life back.”

I finally removed my hands from the keyboard and put them behind my head, leaning back in the chair in exasperation. An upside-down image of Sabina’s cheerful face greeted me in return.

“Taking a break?” she asked.

“Yeah. But, uh, before I tell you…” I spun the office chair around so that I no longer had to crane my neck to look at Sabina. “I have to ask, who wrote the station’s legacy message handling component?”

I felt my breathing get a little shallower. Diplomacy was not exactly my strong point. “Um, uh, well, I just wanted to – uh –”

Sabina laughed. “I’m just kidding. Some contractors ported over the control software from the old station setup. Let me guess, it sucks.”

I sighed in relief. “Yeah. It’s terrible. I’m surprised this entire station didn’t burn down long before you got here.”

“I’d prefer to explain what isn’t, because that list’s a lot shorter.”

“I had a feeling.” Sabina shook her head as she dragged a nearby chair up next to me. Sitting down, she nudged me over so she could get a good look at the screen. “Lay out the scene for me.”

I mimed my head exploding, complete with the sound of a bomb burst. “That’s about the long and the short of it. There’s buffer overflows, missed bounds checks, stale pointers,” I said, ticking each of the items off on my fingers as I went, “and on top of that the source code comments are composed entirely of out-of-context movie quotes.”

“That last one’s worthy of the gallows.”

“I’d say. Anyway, what’s really stupid is that none of this would matter if it weren’t for the fact that the clown does some really extreme stuff with the comms signal. The messages are padded with a bunch of random noise that’s barely within the specs. As bad as this code is, it’d handle pretty much every normal message fine. The ones from the clown, though… the control computer’s memory will turn to garbage faster than you can say… uh…” I trailed off, losing my train of thought. “Help me out here. What’s, like, a clown catchphrase?”

“Don’t ask me. I always thought clowns were really creepy. Besides, aren’t you supposed to be the clown expert?”

“Please, don’t remind me.” I slumped over in my chair, defeated.

Sabina stared at me in bemused silence for a moment. Finally, with a voice of mildly sarcastic concern, she said, “I’ll send the drone around with some coffee, okay?”

Anime opening and closing sequences are usually rather perfunctory; even good music can’t mask the fact that they’re mostly there to put a bunch of names in front of your face. Servant × Service is one of those rare series that manages to buck this trend with an opening animation that’s actually compelling in its own right. The sequence smoothly incorporates the credits and characters into a dynamic version of the show’s office locale that mixes animation and photography – on the one hand reinforcing the environment, on the other literally physically deconstructing it with reckless whimsical abandon. The use of natural-looking typography not only keeps the text of the credits from sticking out like a sore thumb, but also leaves the show’s distinctly human mark on a setting that is often bland and impersonal. Backed by peppy theme music sung by the female voice cast, the opening does a perfect job of establishing the show’s lighthearted, comedic tone. It’s something to look forward to at the beginning of every episode, unlike most of its largely skippable anime credit brethren, and no less than an integral part of Servant × Service’s charm. Future animators, take note.

(Aside: Surely the entire reason you save a post as a draft is to revise it later, right? Then why in the world does Tumblr hide the “Edit” command for drafts behind an opaque gear menu?)

Have you considered allowing more than one file in a theme? Because as it stands now, you’re basically forcing theme developers to inline several kilobytes of CSS and JavaScript for every page request. That’s a pretty jaw-droppingly stupid waste of bandwidth.

I mean, sure, it’s your bandwidth. You can do what you want with it.