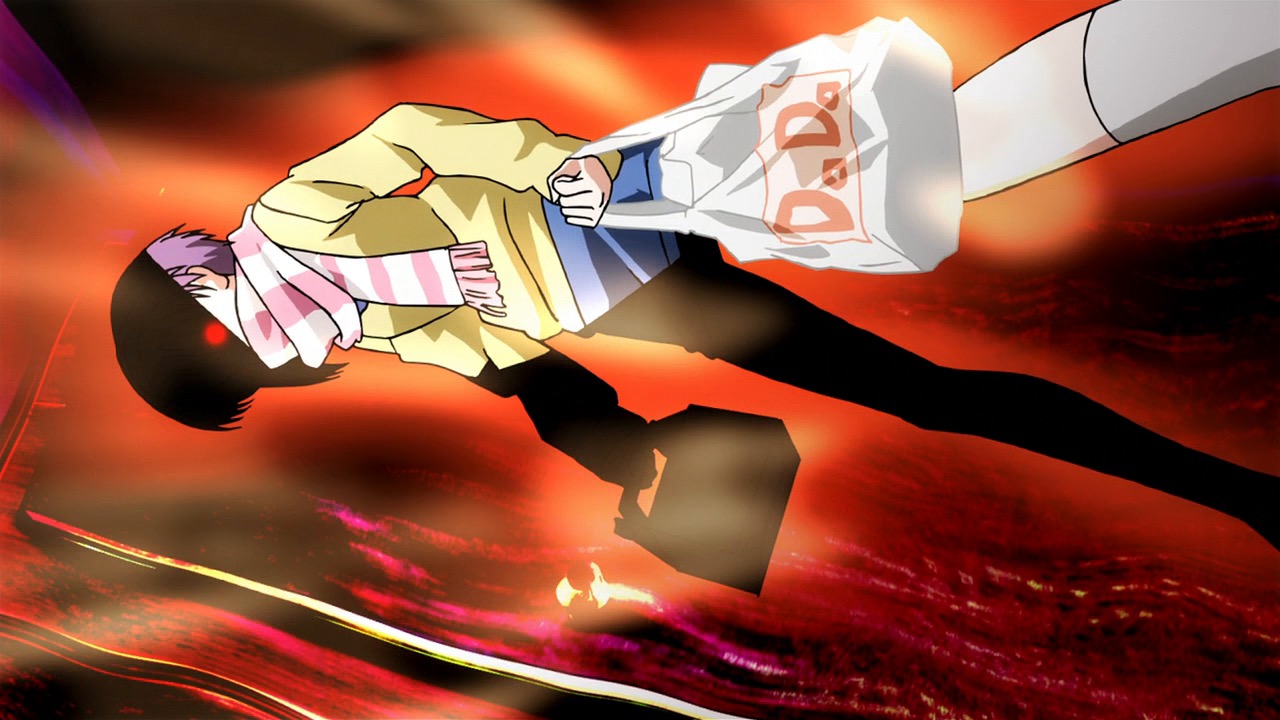 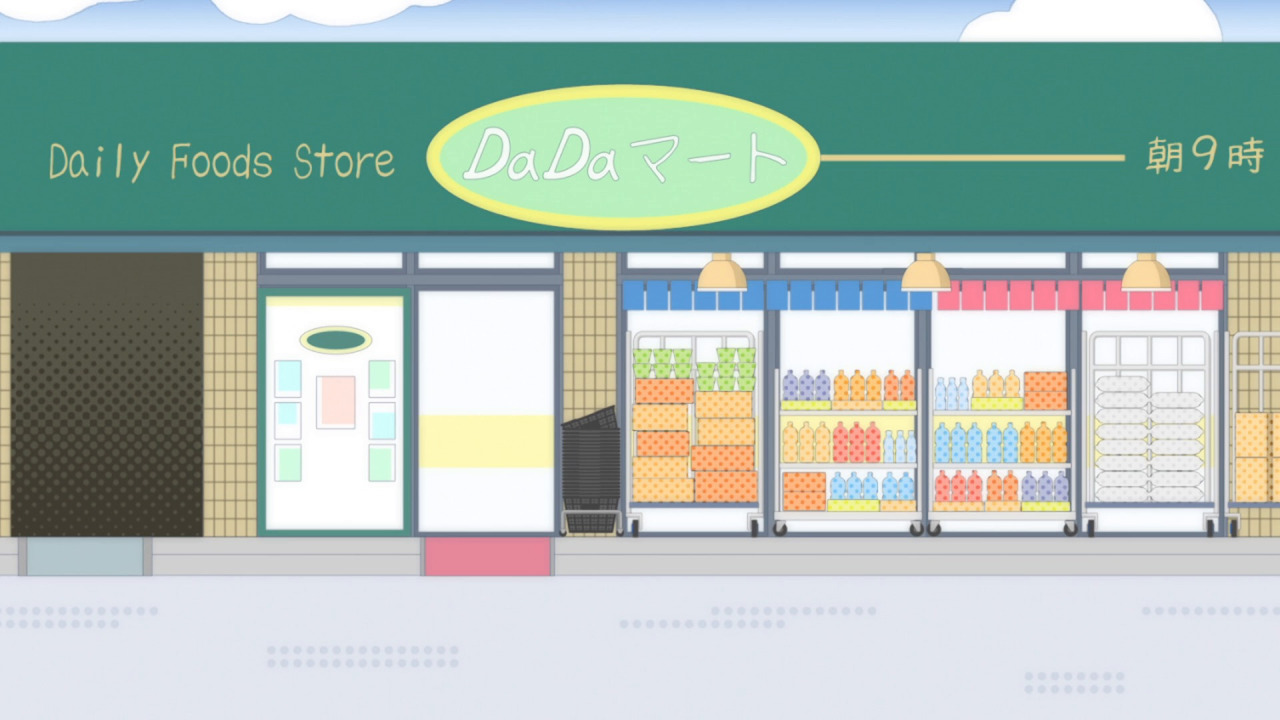 There is apparently only one supermarket in SHAFT-land: ef: a tale of memories episode 1 (top) and Hidamari Sketch × Hoshimittsu episode 12.

(Of course, they’re quite well-versed in dada.)

What was SHAFT when Lain came out?

I realize this is in all likelihood a joke, but I’ll give it a serious answer anyway: SHAFT’s website proclaims that they’ve been around since 1975, but they were largely a subcontractor for other animation studios until the turn of the century, after a few co-outings with Gainax. Fun fact: SHAFT is credited for “Work Assistance” on the adaptation of NieA_7, which came in 2000 – two years after Lain, and towards the end of SHAFT’s second-string period.

Akiyuki Shinbou, the studio’s most well-known personality, started directing in 1990, although he didn’t become associated with SHAFT until Moon Phase in 2004. He was apparently directing some very ’90s anime during Lain’s TV run.

SHAFT ought to apply for a patent or trademark or something on characters with hair decorations that look like the letter X. 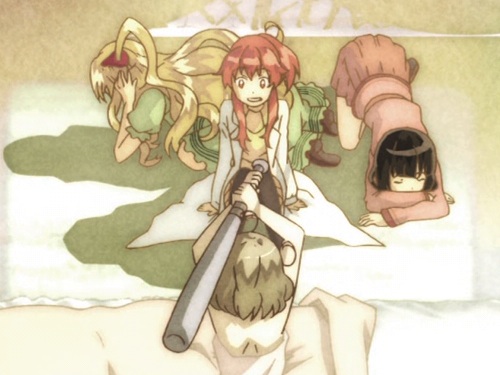 Remember when SHAFT was constantly running out of money because its staff was seemingly constantly spending it on drugs? Ever since Madoka, it’s been looking like that version of the studio was on its way out. The first episode of Sasami-san@Ganbaranai tells us a different story, though. Turns out the recent lack of hallucination-grade trip material hasn’t been because SHAFT’s kicked its habit – it’s just been saving its cash so that it can buy even more drugs, at bulk prices.

All the Small Things: Cinematography in Sankarea

I almost didn’t pick up Sankarea, but I’m very glad I did, and the show’s direction is part of the reason why – it’s taken an otherwise unremarkable premise and lent it an unmistakable atmosphere. It turns out director Shinichi Omata (working under a pseudonym) is an old hand at SHAFT now working on his own projects, much like Shin Oonuma, and you can see some of the techniques common to Akiyuki Shinbou and his protégés here played in a more subtle, but still effective, manner.