And so we have a Patema Inverted commercial, with a concrete Japanese theatrical release date: Saturday, November 9. Strap in, folks.

Patema Inverted is one of fourteen feature films that will be screened out of competition at the international animation festival in June. The Japanese theatrical release, originally delayed from late last year, is now scheduled for this fall.

Here’s the preview for the upcoming second batch of prologue episodes, featuring the film’s other main character Eiji.

A second chapter of the “Another Side” companion manga is also out; you can grab a translated version from /a/non scanlations.

Patema Inverted (Sakasama no Patema) "Beginning of the Day" PV

So Yoshiura’s new film is getting a prologue, to be released on Nico Nico Douga sometime this weekend. This is the trailer for that short Web series, which I guess makes it a preview of a preview. How recursive.

It looks like Patema’s going to take Pale Cocoon’s endless underground aesthetic and turn up the grungy desolation a few notches. Most of the sci-fi elements seen there and in Time of Eve seem to be absent, though (note the utter lack of minimalistic transparent displays). It’s just a big world waiting to be explored through innocent eyes.

Edit: I use the phrase “endless underground aesthetic” a lot.

Edit III: Correction above. Here’s the Nico Nico channel, by the way. 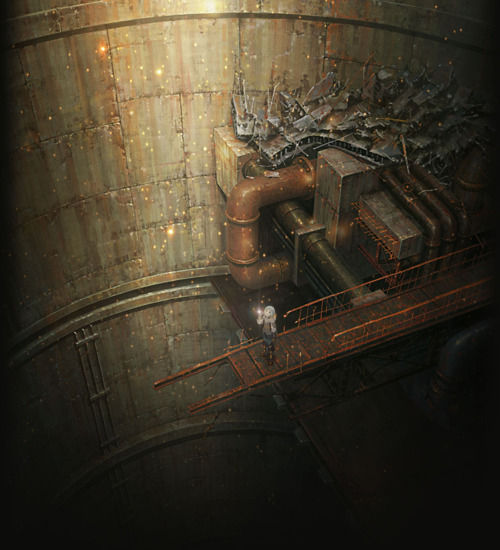 Yasuhiro Yoshiura is back with another film, after running a victory lap with the theatrical version of Time of Eve. This one looks to be combining the endless underground aesthetic of Pale Cocoon with a more expansive outside world; he talks about really going outdoors for the first time, so to speak, in his director’s note. It’s scheduled to hit Japanese theaters sometime this year.

Not many more details so far, but I love the promotional art.