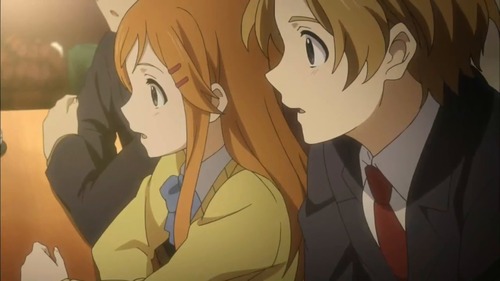 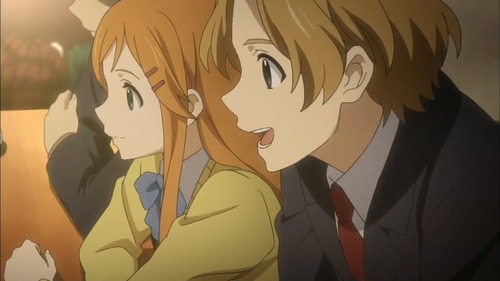 Kokoro Connect’s first three arcs, the ones that made up its original television run, had a single recurrent, frustrating problem that loomed over all else. Now, to the show’s credit, it was one brought on by doing something well. I’ll be the first to admit that I initially brushed the series off after reading the short preview blurb; after all, you and I and everyone we know have seen Freaky Friday already, so why would we need an anime version? Fortunately, Kokoro Connect managed to break out of being simple formula, partly by extending the antics of main antagonist Heartseed beyond mere body-swapping, but also by doing an excellent job of establishing its characters and the emotional ups and downs that Heartseed’s actions put them through. Once it was done with the setup, though, the problem reared its ugly head – towards the end of each arc, when the show actually had to untangle the dramatic knots it had so eagerly tied itself in, it found that it didn’t even know where to begin, and as such the resulting conclusions came off as contrived and distinctly unsatisfactory. The first arc ended with a forced intervention from Heartseed, who explained it away as the result of boredom, and the second and third arcs tried to change the subject and hope viewers didn’t notice.

Well, the good news is that Kokoro Connect figured out how to break out of this vicious cycle in its final arc, which resolves its emotional tensions via a much simpler route: lots of cathartic outbursts, which seems doubly appropriate for an arc that revolves around the main characters having the secrets they kept from each other forced out into the open. The bad news is that the writers don’t seem to have realized that this means that they don’t need to add a dramatic twist at the end. While it’s something that can ultimately be ignored without detracting from the arc’s sense of closure, the unnecessary turn is outlandish enough to overshadow some of the positive aspects of the show’s final episode, including a romantic conclusion that strives for an odd nuance I haven’t seen since True Tears.

In the end, if I had to judge Kokoro Connect on how it matched up to my expectations going in, I have to say it blew them away, mostly because I didn’t really give it a fair shake at first. If I had to rate it on the goals that it seemed to set up for itself, though, I’d have a much harder time saying that it succeeded. Maybe the best way to put it is that it failed gracefully, which might not be so bad after all.