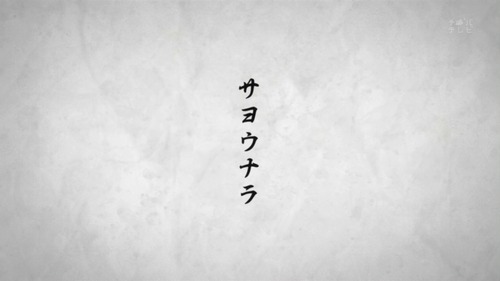 Some brief thoughts on Dusk Maiden of Amnesia, which just wrapped up. I’d be lying if I said the show wasn’t a bit of a disappointment, though I can’t fault it on the technicals. Animation, voices, and music were all up to scratch here, and Shin Oonuma did a decent job of lending the atmosphere that I’ve come to expect from him.

My biggest problem was with the chunkiness of the plot progression. (Mild spoilers follow.) I did appreciate the dual-perspective first episode, which a lot of people criticized for being repetitive and out of sequence, for its quirky, unique execution, but after that the first half or so of the series spent a lot of time hammering in things that didn’t really need to be revisited. How many episodes did we get that ended on a “suspenseful” shot of a shadowy, lumbering Yuuko, for instance? This meant that the core conflicts in the second half of the show didn’t get enough time to resolve satisfactorily. Take Yuuko’s forgetting of Teiichi, which seemed like it should have been an important subplot with a fair number of revelations about the very nature of her amnesia, but just stuck out as something that wasn’t particularly surprising and got fixed too quickly.

I do have to commend the direction of the 10th episode, which was genuinely frightening. It took advantage of the fact that the audience knew most of the plot details that went into the flashback, and focused instead on the emotional aspect of the story. That, I know from watching ef, is one spot where Oonuma’s touch can work some magic.

So, all in all, probably a 5 or 6 out of 10. The show has its bright moments, but they can’t save it from being a bit of a muddle.